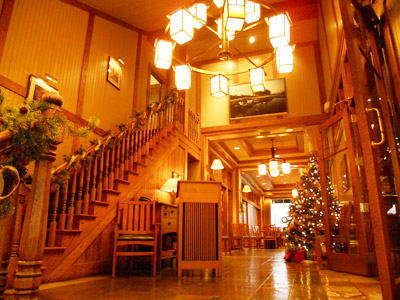 We love the holidays at Shadow Lake! It’s a chance to break out new menus, old traditions and see familiar faces along with family and friends. Allow us to take care of the cooking and clean up on your special holiday. Relax and enjoy the company of your table mates as well as the delicious cuisine and club ambiance.

Valentine’s Day
Call us to find out what we have planned for this year!

Mother’s Day
Our most popular holiday of the year. And why not? Mom is #1 in our hearts so that’s why we offer Sunday Brunch. Call early to reserve your table because Mother’s Day fills quick!

Christmas Eve
A family tradition for many of our loyal guests over the years, dinner at Shadow Lake the night before Christmas is a warm and cozy way to say Happy Holidays. Its’ like going over the river and through the woods to Grandmother’s...

Irish & German Celebrations
Many of our frequent guests are of Irish and German heritage, so they know a thing or two about celebrating their holidays with the perfect meal. That’s why lunch or dinner at Shadow Lake during our celebrations of St. Patrick’s Day and Oktoberfest are dining tradition. Stay tuned for our upcoming menu!

Easter
Gather your family and visit the Grill & Tap Room at Shadow Lake for a Sunday Brunch in style!

Thanksgiving
There’s a chill in the air, but there’s a warm comfortable table waiting for you and your family on Thanksgiving at Shadow Lake. We’ll be serving a special buffet dinner menu featuring our autumn harvest selections.

Sports Holidays
For some around here, sports are a religion and major sporting events are considered holidays! Stay tuned to this site as we approach Super Bowl, March Madness and all the other big events. Shadow Lake boasts 65 inch flat screens with DirecTV packages for all the games! 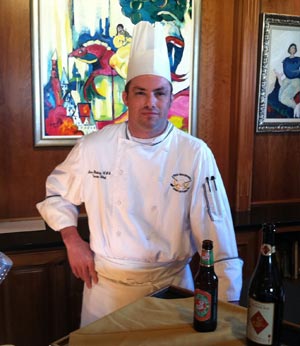 Sean Flaherty’s career started at the early age of 15 as a dishwasher at The Lodge at Woodcliff in Rochester, New York. Knowing he wanted to be a Chef, Sean started vocational training his senior year of high school where he competed in the VICA skill Olympics and took first place in Culinary Arts. By the time he had left for culinary school at Johnson and Wales University, he had worked his way up the ranks to become the Lodge at Woodcliff’s Buffet Chef. While in Providence Rhode Island attending college, Sean continued honing his skills working at Hemenway’s Seafood Grill and Oyster Bar as well as Café Nuovo.

Upon his return to the Rochester area, Sean worked at The Daisy Flour Mill for a short time before landing his first Executive Chef position at Age 24 taking the helm of Eaglevale Country Club. As part of the Gateway Group, He also was Executive Chef at Cutlers at The Memorial Art Gallery and Thendara Inn and Restaurant in Canandaigua, New York.

In 2001, Sean decided it was time to step down as an Executive Chef to learn a new way of cooking and execution. Sean was recruited to join the award winning culinary team at The Genesee Valley Club, a Platinum City Club ranked 13th in the nation. While at the club, Sean became an active member of The American Culinary Federation and traveled around the country competing in ACF sanctioned events where he received many medals including gold. After 5 years, Sean then moved on to become the Catering Chef at The Del Monte Lodge and Spa, The #1 rated Renaissance hotel.

In 2008, Sean was hired as Executive Chef at Shadow Lake Golf & Racquet Club, soon after receiving his Certified Executive Chef certification in 2011. In 2013 Sean received Employer Of The Year Award by the Rochester Area Employment Network Inc. for his work with an employee who was disabled. Sean has also been nominated for ACF Rochester Chef of The Year on several occasions which he competed for in 2014, 2015 and will be competing again in 2017.

Sean believes in using seasonal fresh ingredients, sticking to contemporary presentations and staying true to classical technique and preparation. He leads his staff by example pushing himself to constantly strive for perfection and try each and every task slightly different to achieve a better result. “I would not be where I am today without being pushed to my fullest potential by each and every Chef I’ve worked for. I owe that back to everyone who is part of my team."